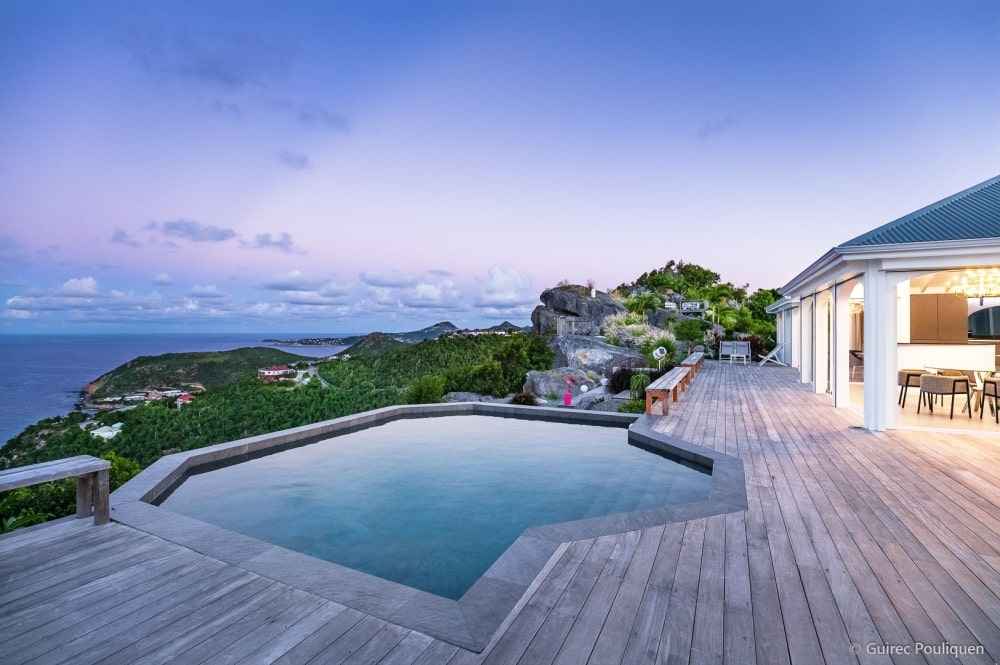 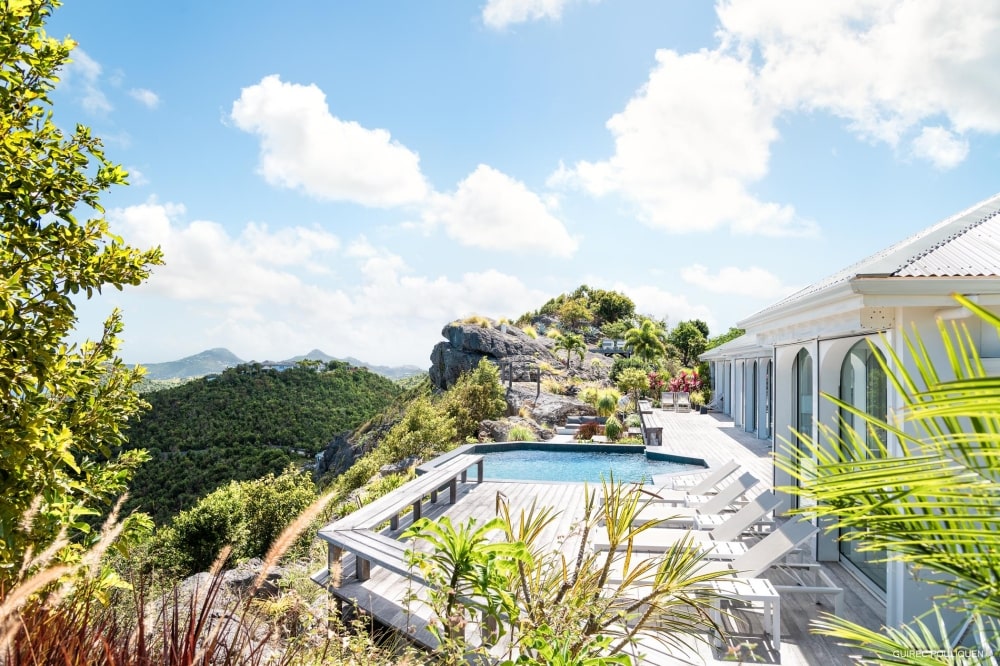 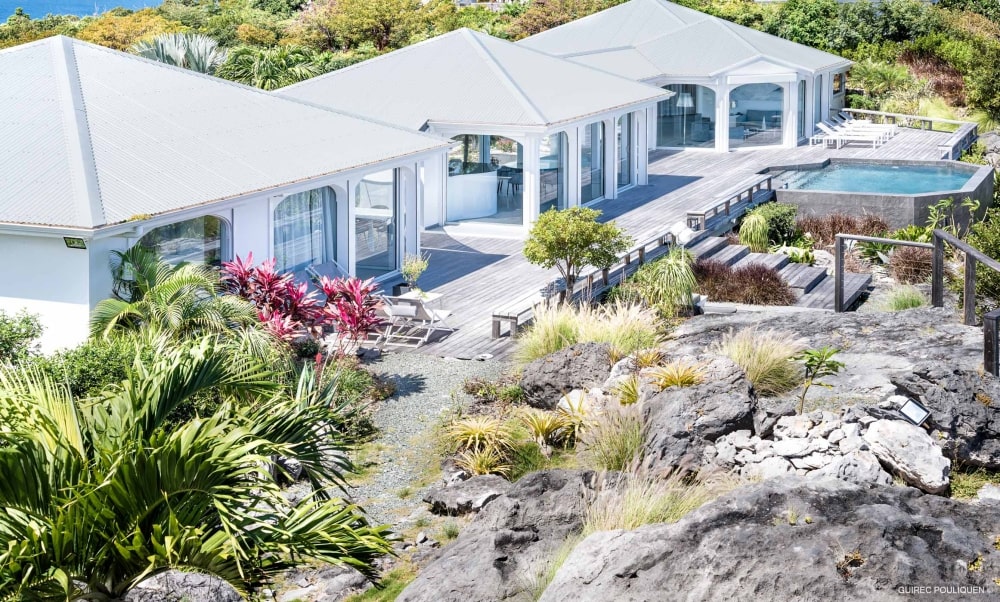 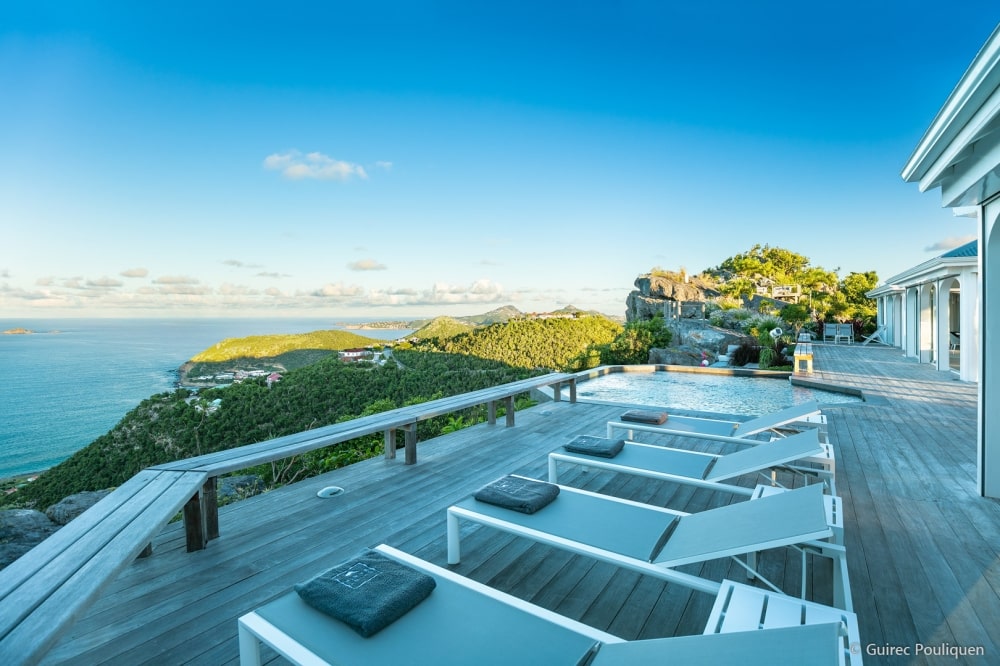 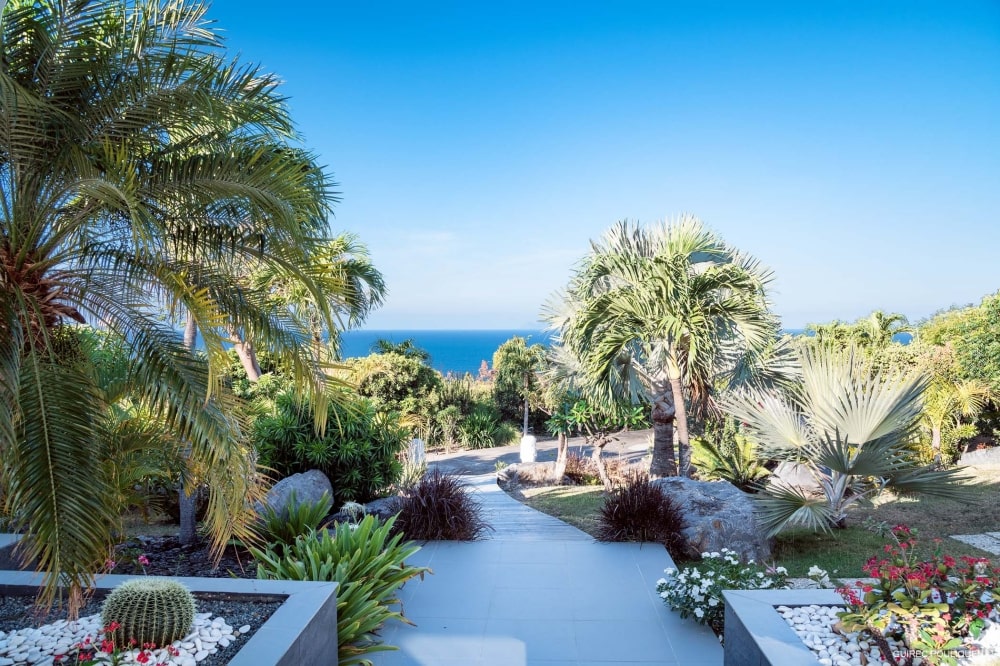 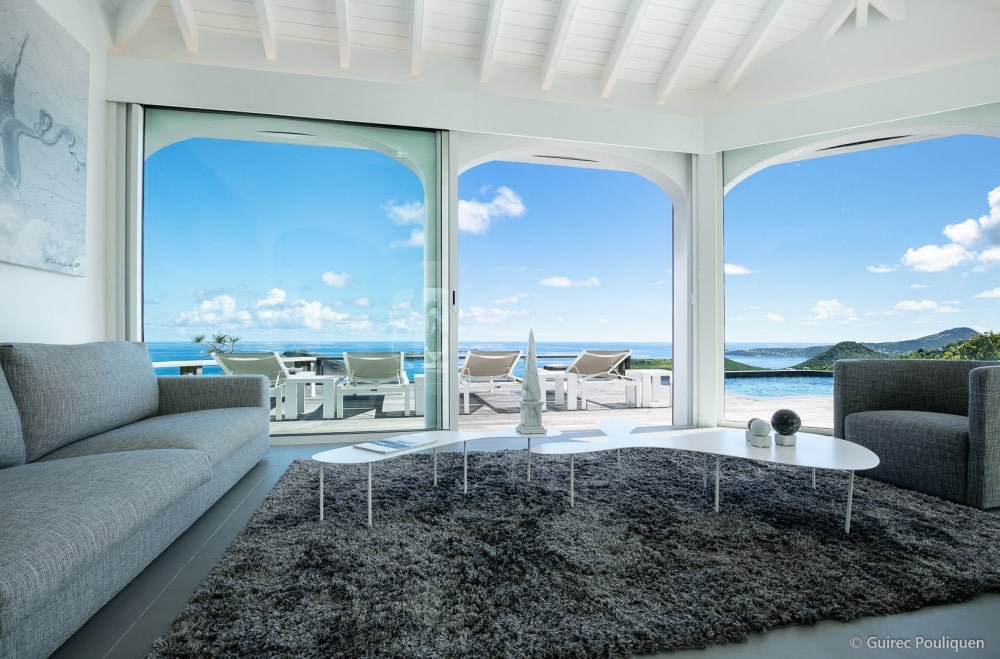 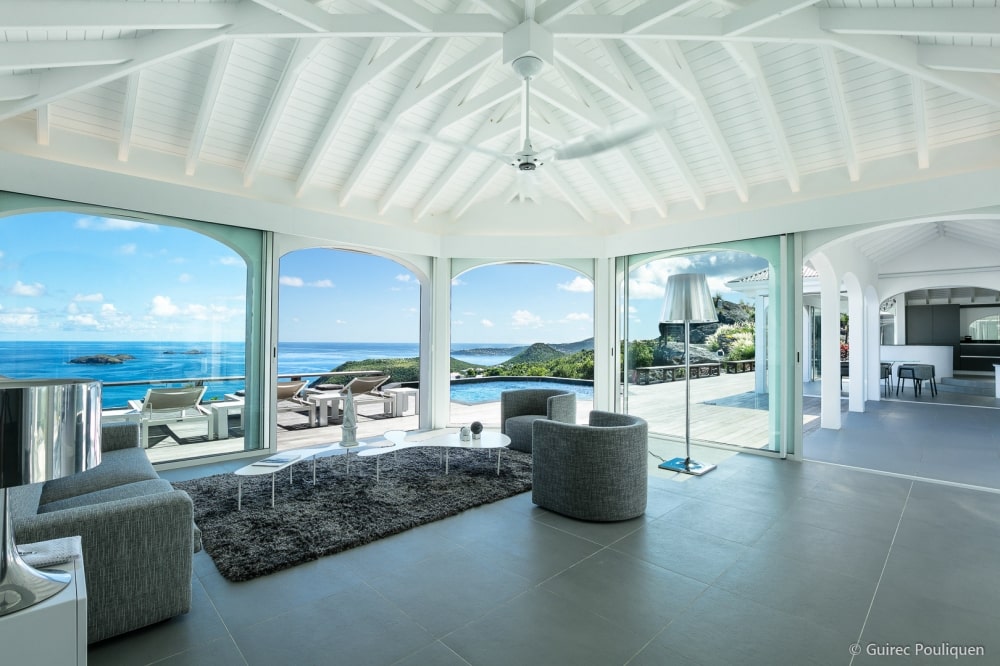 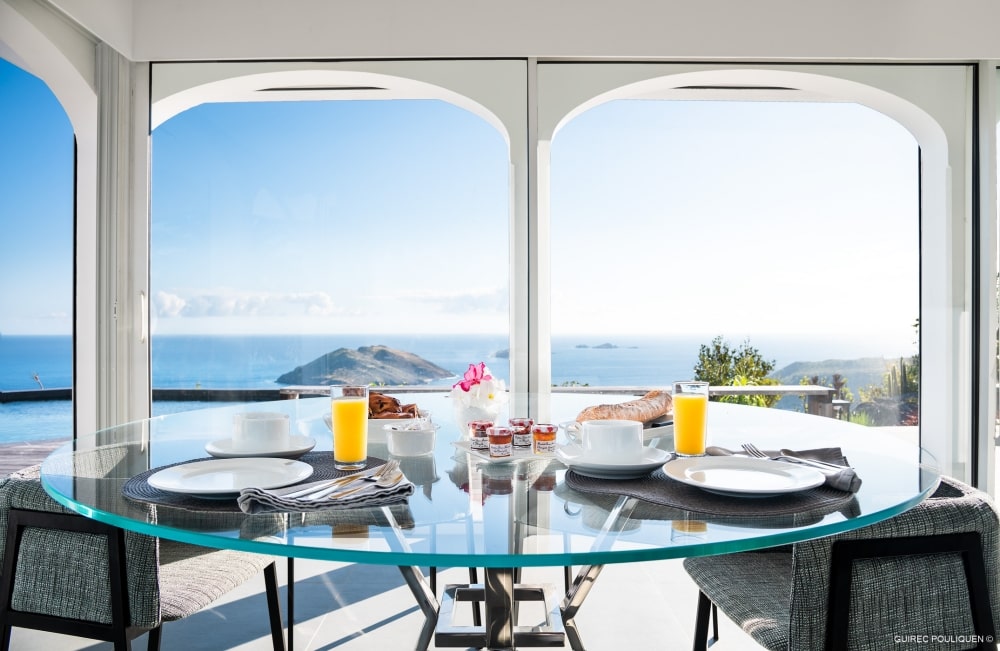 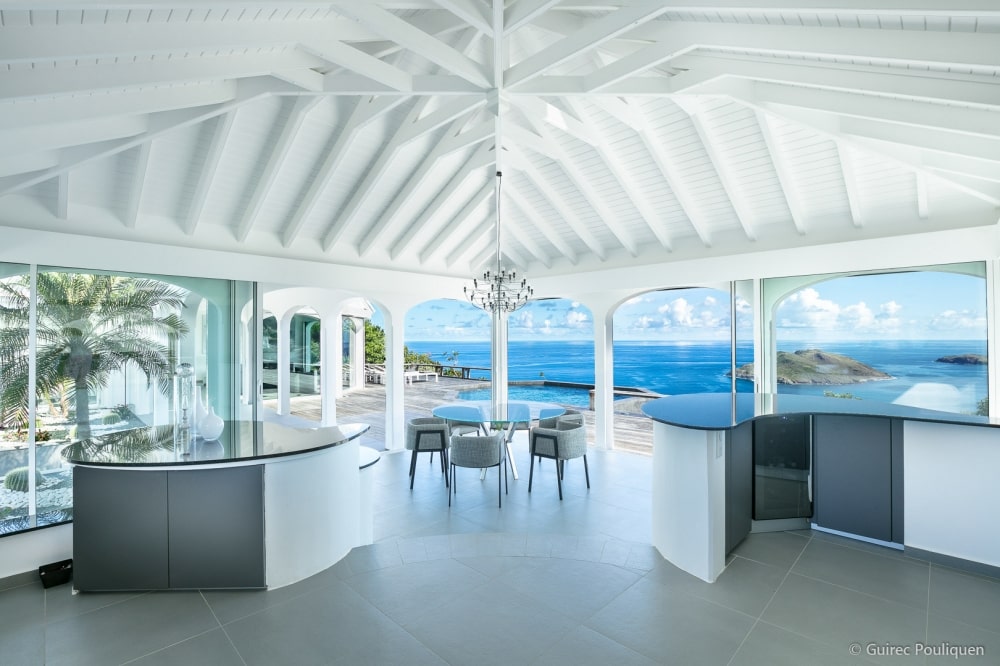 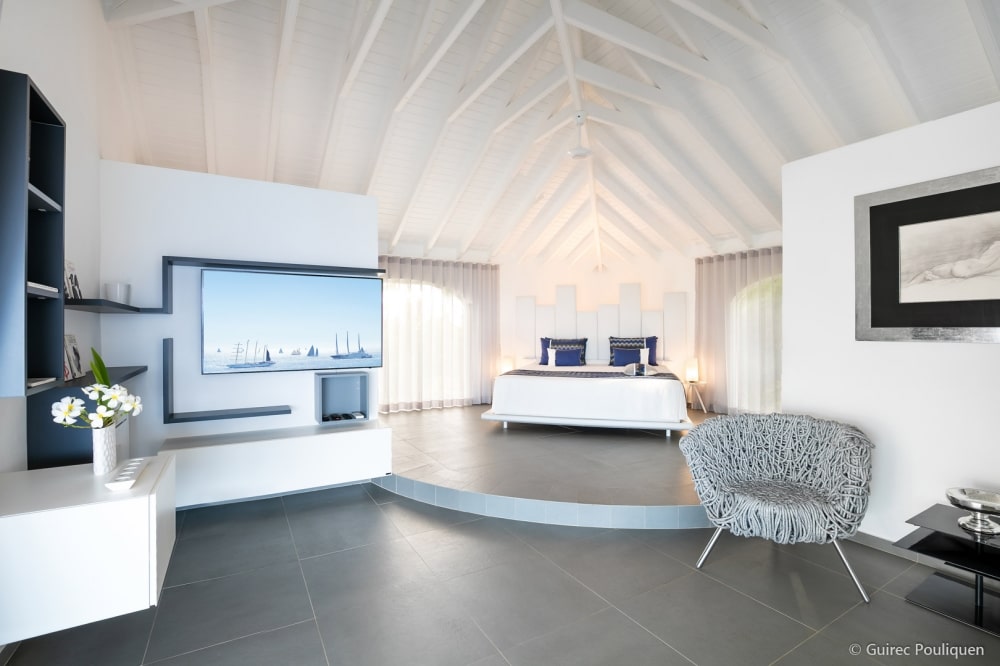 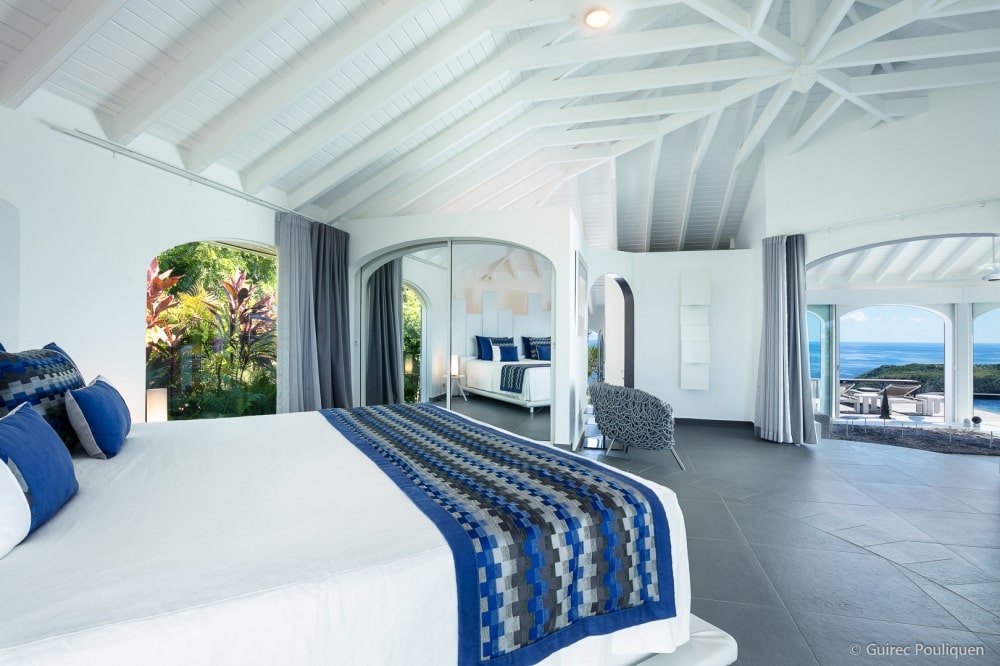 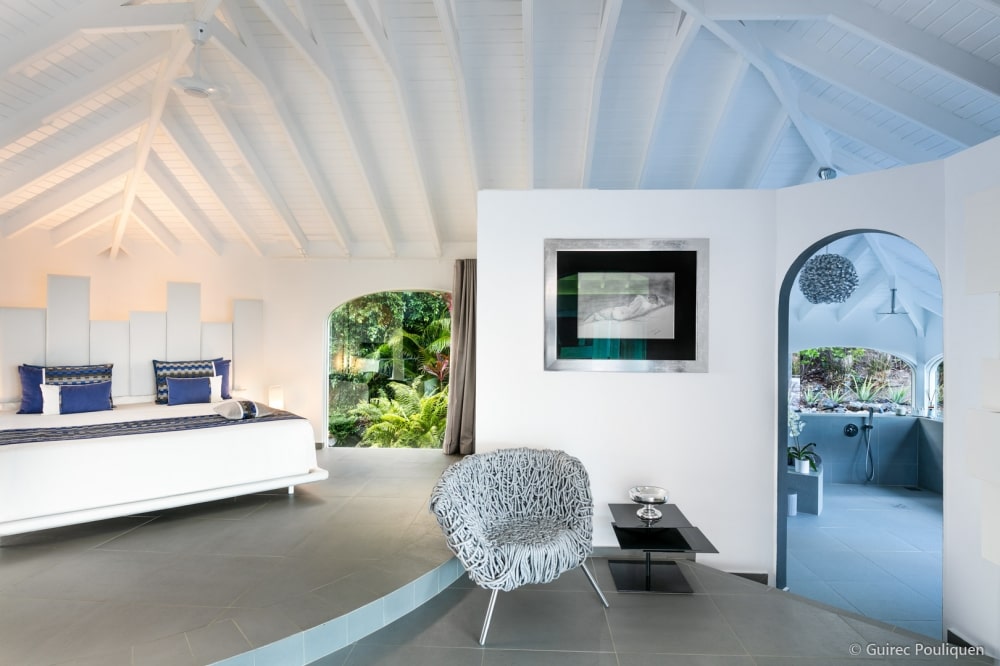 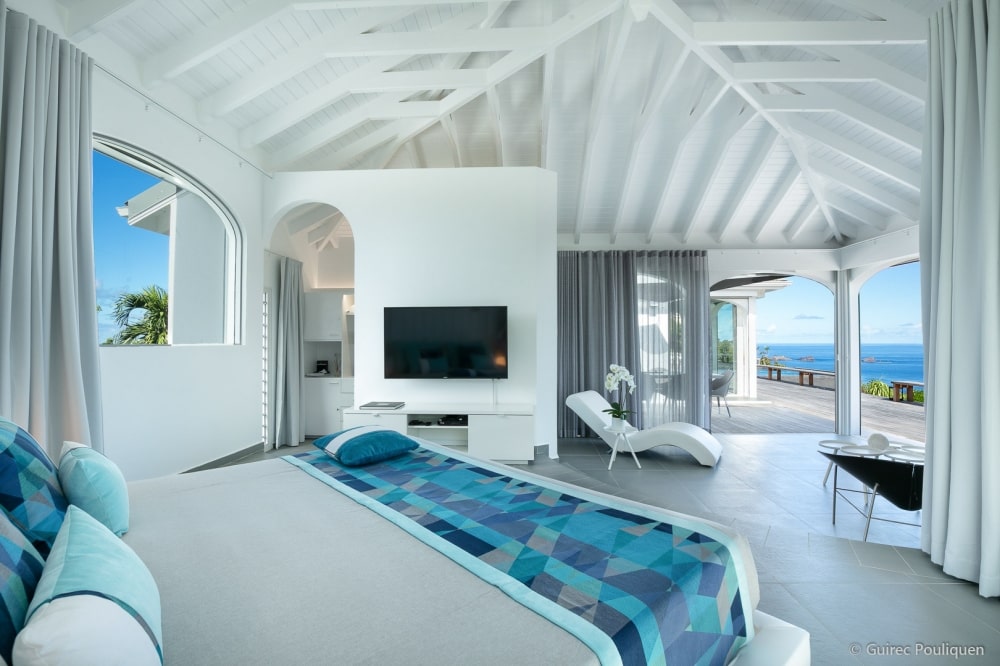 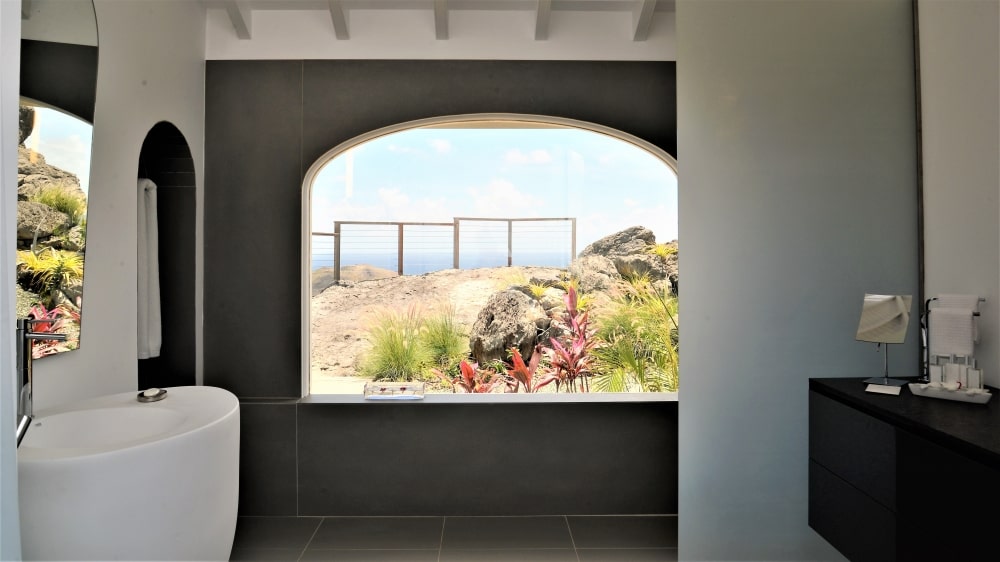 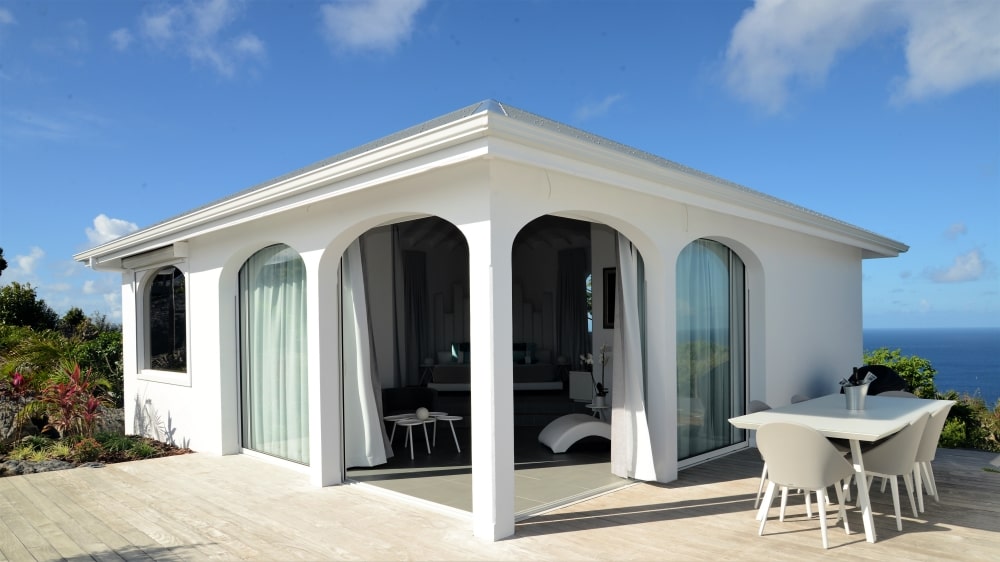 Slightly hard to define and pleasingly outside the norm of standard St. Barth luxury rentals, Villa Byzance (BYZ) is a place unto itself. The name is taken from the French word for Byzantium, an ancient Greek city that was later the capital of the Roman and then the Ottoman Empire. Suffice it to say that the influences and design are eclectic.

Villa Byzance occupies a prime piece of land on the island, in Colombier and within minutes of the beach and shopping. Not only does it have ocean views, but it also has multicolored panoramas and sunrise and sunset.

The layout is also somewhat unorthodox. There is no clearly defined living room. Rather, each of the two bedrooms has its own living room. Each of the bedrooms is air-conditioned and has a platform king-size bed, ensuite bathroom, and terrific views. It’s perfect for parents and adult children, or two couples traveling together, but it is not suitable for children or pets.

As the only villa rental company to call St. Barth our home, at Sibarth we provide more than a fantastic range of villa properties.

Established on the island for over four decades, our unparalleled local knowledge and highly experienced staff allows us to provide an entirely bespoke rental service to our guests, allowing them to enjoy all the benefits of a 5 star hotel in the privacy and comfort of their own island villa. Our aim is to ensure your St. Barth vacation is everything you dreamed it would be. We want you to enjoy our island, your way.

Your personnal data are processed in conformity of RGPD regulations.
More information
Select the cookies >